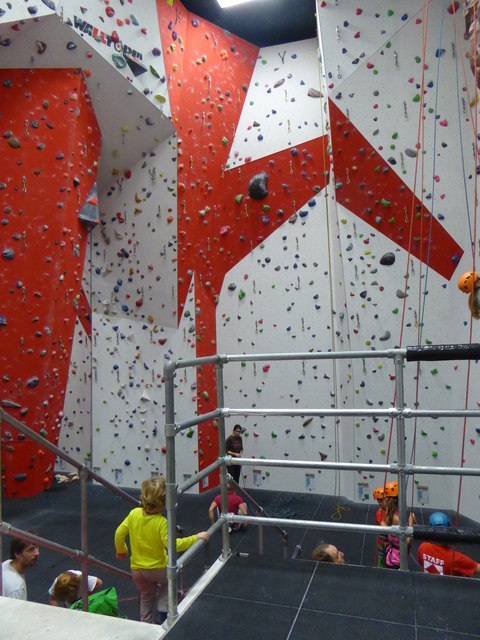 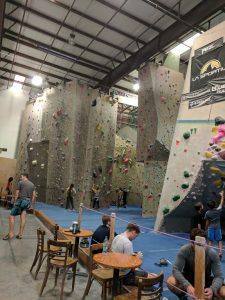 In this article, we will discuss specifically youth sport climbing competitions. We are breaking down the age categories in the youth group, understanding how the scoring works in a rope competition, and the different championships as a stepping stone to qualify for the World/Pan American Championship.

According to the 2017-2018 USA Climbing Rule Book, the competitors are divided into categories based on gender and age in the year of the competition. There are 5 categories: Youth D, Youth C, Youth B, Youth A, and Junior. A climber can be in the same category for 2 years except for the Youth D category. If a climber starts at a very young age such as 6 or 7 he or she stays in Youth Category D for at least four years.

Only Category Youth B, A, and Junior are allowed to lead. Lead climbing generally is harder so they yield higher scores.

The youth competitions start with the local competitions or comps. Once the climbers participate in at least two local comps, they can register for the Regional Championships. Each competitor also must be a USA Climbing member and belong to a team with a certified coach.

The top four US citizen competitors for each Junior, Youth A, and B categories from the National Championships are invited to be on the US National Climbing Team. They will compete in the World/Pan American Championship.

There are usually 3 to 5 different local competitions or also known as comps at the beginning of the year between January and April to train and be prepared for the Regional Championships. A local rock gym would take a turn to organize and create a local comp. It is an excellent way for new rock gyms to market and advertise their gym.

The atmosphere of a local comp is very relaxed and easy-going. The sponsor of the comps usually follows the Redpoint Classic guidelines. They generally go over the rules at the beginning of the competitions. Here are a few important aspects of the guidelines. Please see USA Climbing Rule Book for more details:

The competitors are ranked and placed accordingly from the highest total score to the lowest total score for each category and each gender. The sponsor announced the awards at the end of the comp.

Regional Championship is the first level of the actual competition. It is also the easiest level to qualify. The competition format is much more formal than the local comps. It is generally a single round onsight competition with three routes for each competitor. Onsight means they can only view the route twice during their competition. The first time is as a group at the start of the competition for 4 minutes and the second time is when it is their turn to climb. 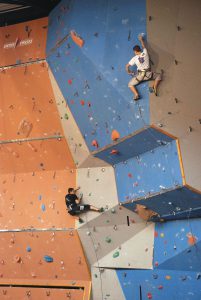 Each climber is assigned to a designated time for climbing and has 6 minutes to climb per route. While the climbers are waiting for their turns, they check into a separate room called “Isolation” or “Iso”. When it is his or her turn, the climber is then being escorted to the base of the route and line up for his or her turn. Their eyes should be looking down to the ground. They cannot view the route until it is their turn to climb.

The competition is generally split up into two to three sessions according to age and gender categories. It can be an all-day event depending on how many competitors compete and if there are tiebreakers. The results are posted by the end of each session. In the evening, the awards and invitation to Divisional Championships are announced.

The second round is an onsight format. Onsight competition format is similar to the Regional Championships where the climbers are assigned to a climbing order, and be in “Iso” until ready to climb. However, for divisional, the climbers are not being timed.  The competition is also split into sessions according to age and gender categories. Depending on the number of participants, the competition can be split into two days.

The results with awards and invitations for the next level are announced by the end of the comp.

The awards and invitation to the USA team for the top four are announced at the end of the comp. 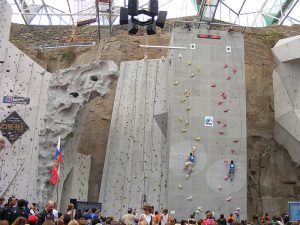 During all these comps, my husband and I usually volunteered to be judges or belayers. It was a great opportunity to learn more about the climbing format and its procedure. I definitely recommend volunteering at least once. Usually, the coordinators are pretty good at organizing our volunteer time so that we can watch our son climb.

Honestly, I like the local competition the most. It is the most informal and much less stressful. All the climbers have the same time and the same number of routes. They can climb until they drop or the 3 hours are up.

I hope you have learned a few things about youth sport climbing competitions after reading this article. If you have any questions, suggestions, or comments, please feel free to leave them for me below. I will reply as quickly as I can. 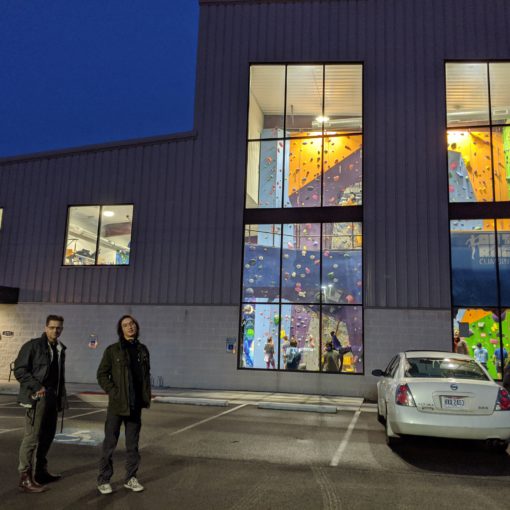 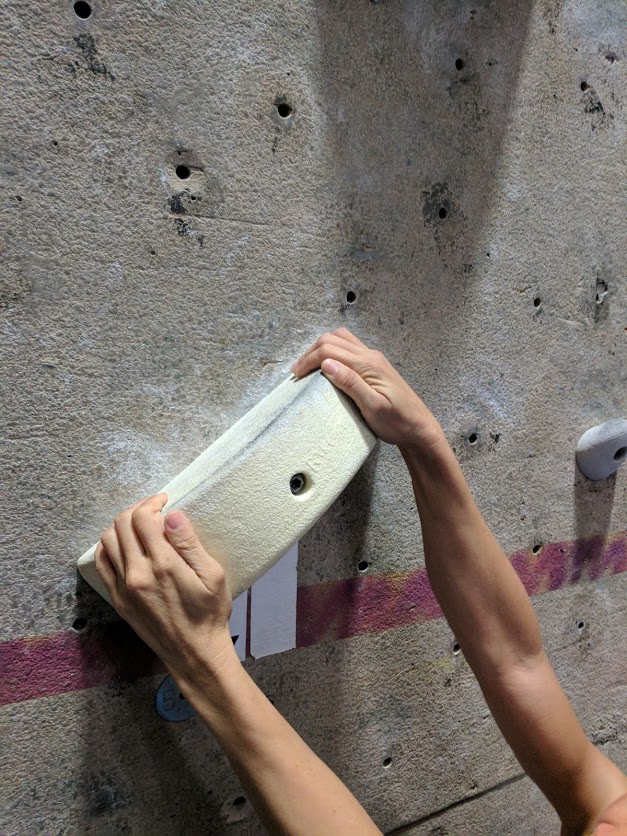 As a rock-climbing beginner, it can be daunting especially climbing outside. First of all, start practicing your climbing indoor in a gym […]

How do we listen to our hearts? Does it really talk to you? My mind wonders ten million miles a minute. There […] 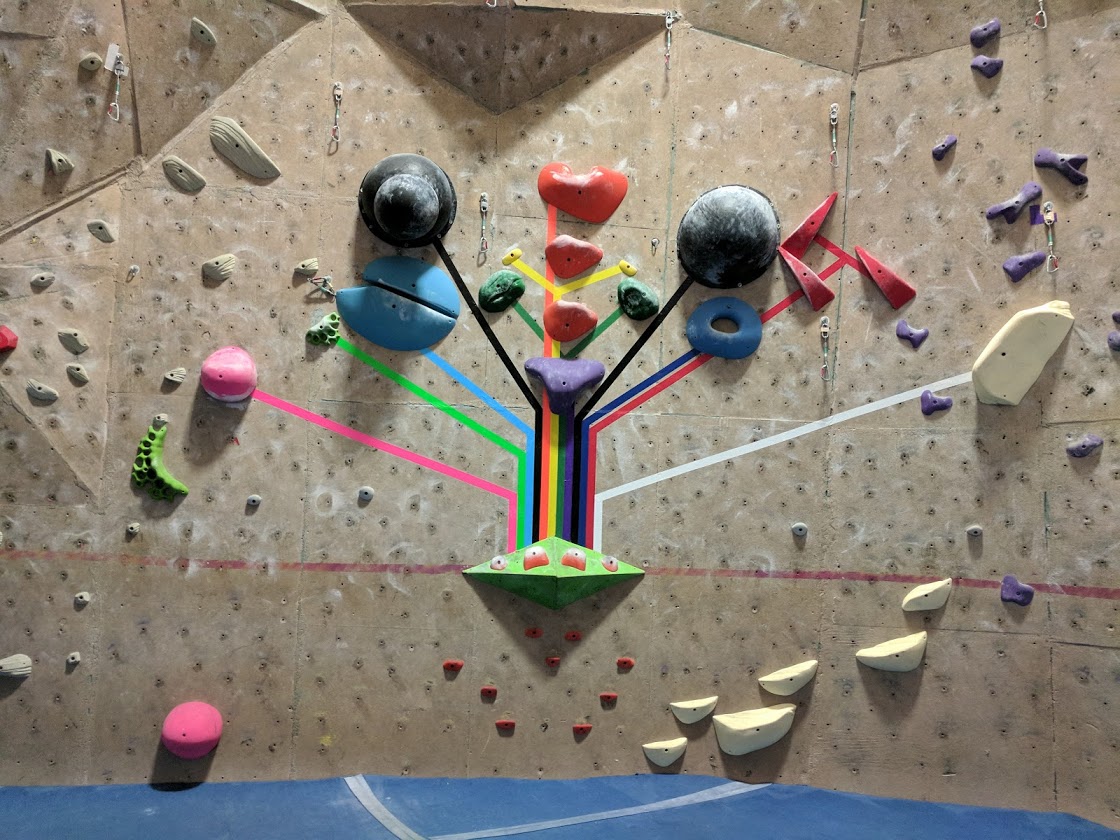